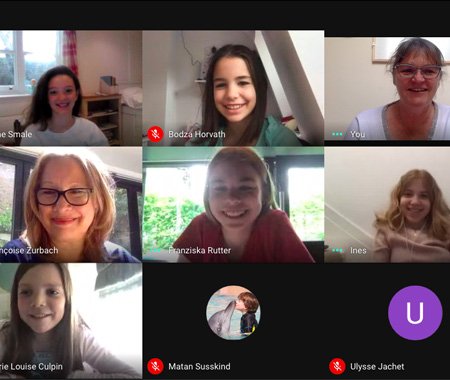 (In French – English Translation HERE).. With online teaching at EIFA in its ninth week, the teaching team wanted to make the lessons livelier; whilst allowing pupils to project themselves into a professional future. This would also broaden their horizons beyond their current high school environment. .. More 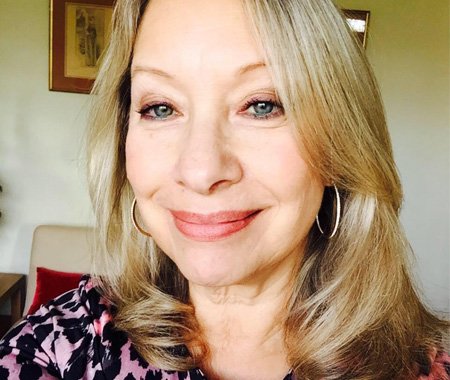 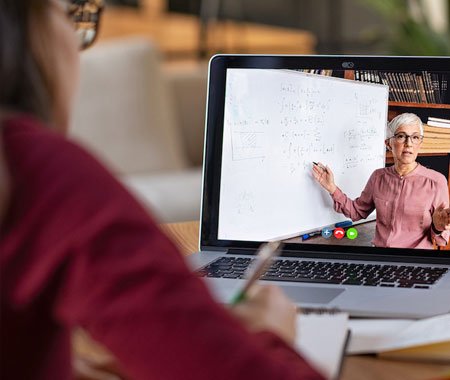 School House spoke to EIFA – a French-English bilingual school in Marylebone, London, for pupils aged 21 months to 18 years – to find out how parents are coping with home school during coronavirus. More 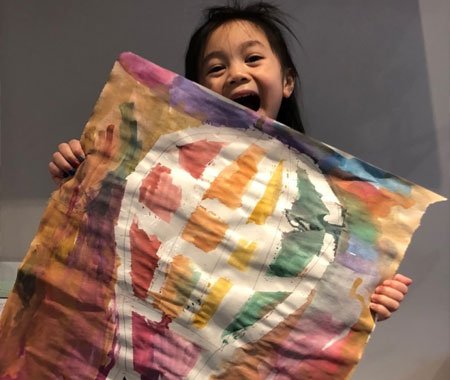 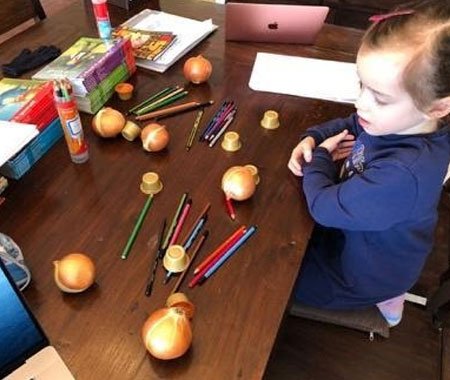 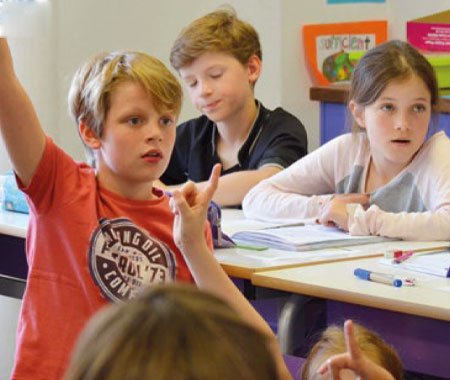 You get a sense of EIFA’s – a French-English bilingual school for pupils aged 21 months to 18 – internationality before you even arrive there. More 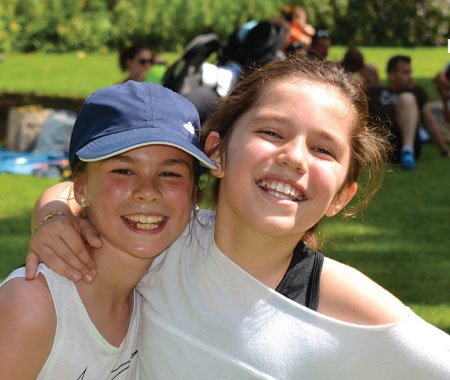 Calia Brenscson – Van Dyk, president of the EIFA parent association on why she chose to educate her son at an international school. More 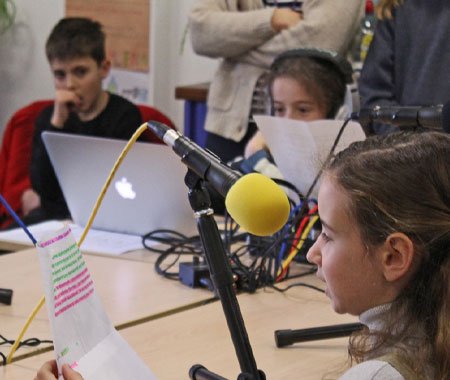 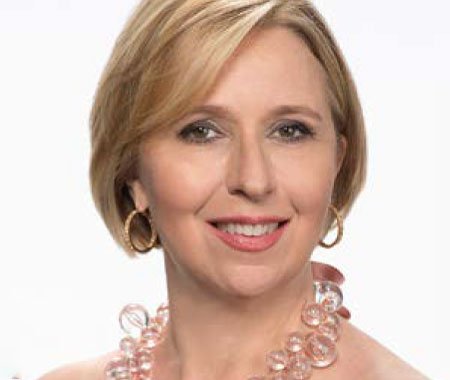 As part of our school-wide Community, Action and Service project, toys were collected and delivered by Years 2,3 and 4 to Family Action offices in Angel. Family Action transforms lives by providing practical, emotional and financial support to those who are experiencing poverty, disadvantage and social isolation across the country. They have been building stronger families since 1869 – today working with over 45,000 families through over 135 community-based services. Thousands more are supported financially through our national small grants programmes.

Each year Family Action supporters help to make Christmas a little more special for many of the children we work with through our Christmas Toy Appeal. Since 2009 they have been sourcing donations of Christmas gifts for the children they work with up and down the country. In 2016, thanks to generous support, toys were delivered at Christmastime to over 5,500 children facing difficult situations, when otherwise they might have had nothing. 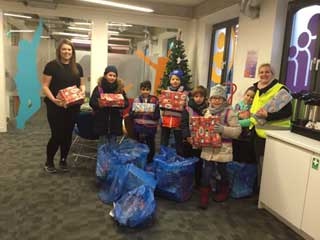 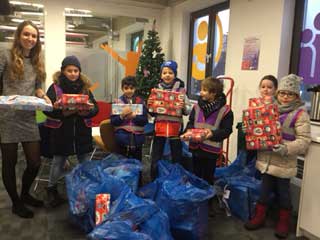 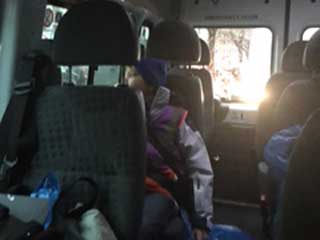 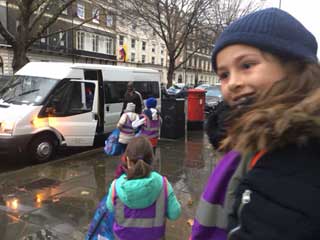 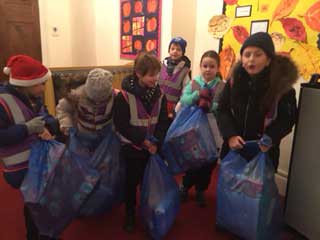 Students from Year 6 to Year 11 organised a show for their enthusiastic parents last week as part of the 31st Telethon international fundraising drive. We had some singing, poem recitals and a play, all to raise funds for a good cause: to cure genetic diseases. The room was packed to the rafters! 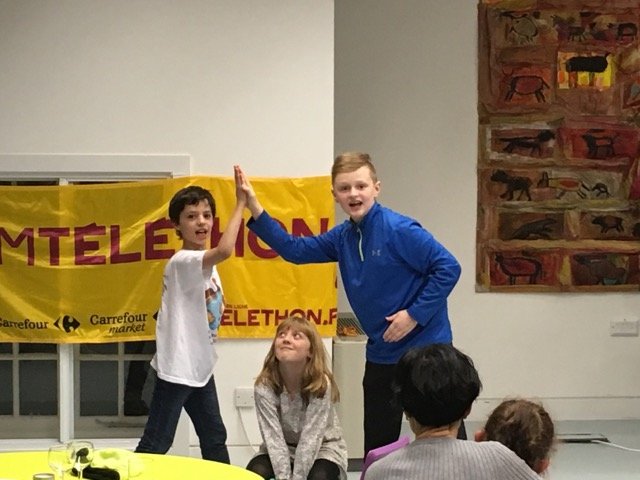 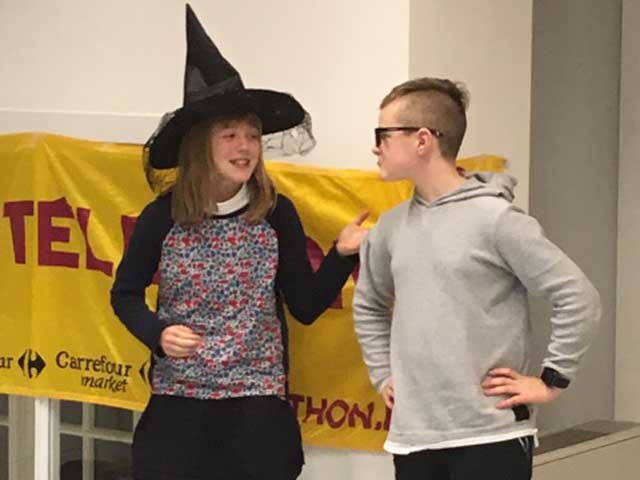 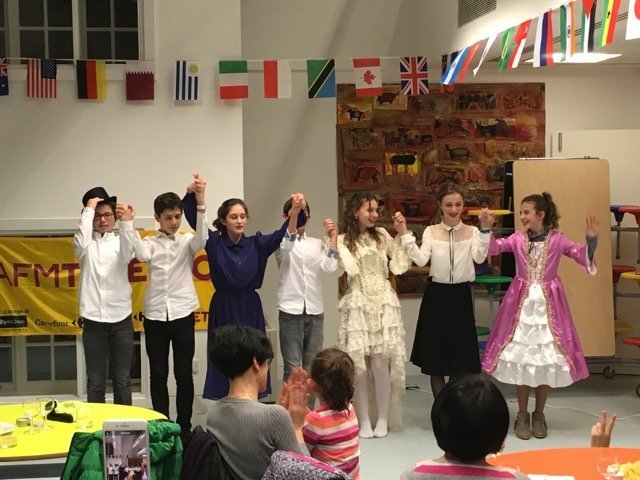 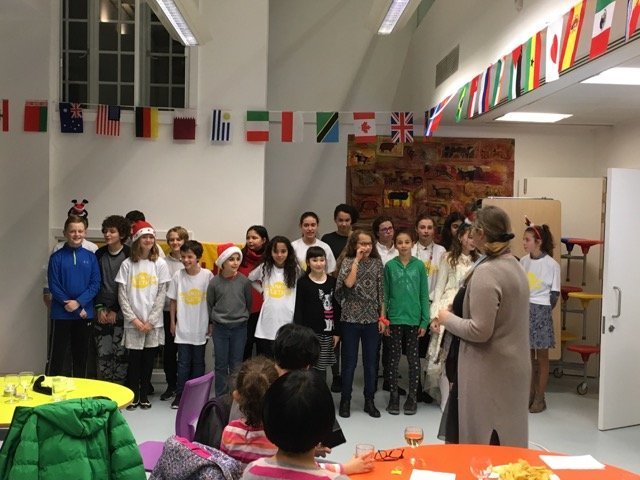 Student Council Election
The 2017-2018 Senior School Student Council have had their first post election meeting. They will be researching what other Student councils in similar International schools do. After half term, they will announce their first project- watch this space! 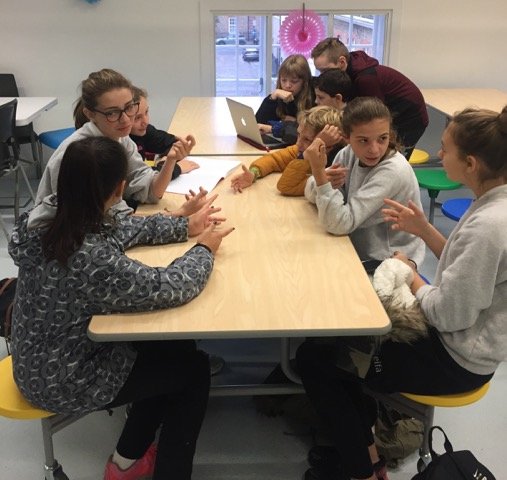 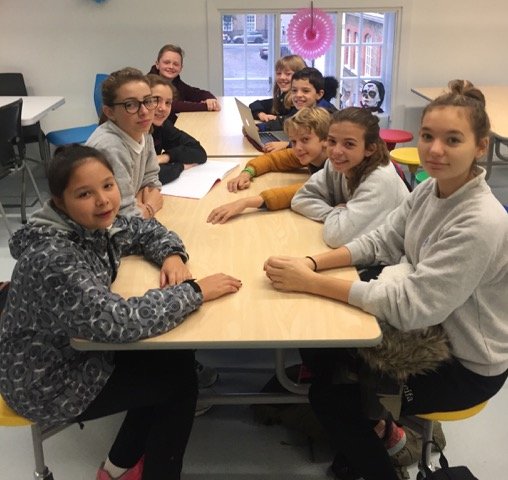 Limited space available for September 2017
EIFA Junior school is currently accepting limited registrations only in Nursery, Reception, Y1, Y2, Y3. Priority will be given to families intending to register siblings in other EIFA classes.

The group produces a weekly newspaper so that the children understand that their writing is being done for a purpose.

08 June 2017: Contemporary met traditional for the latest RSC production of Romeo and Juliet

Year 8 students thoroughly enjoyed the play which they saw at the Globe Theatre with Miss Redding and Mlle Gaigeot earlier this week. 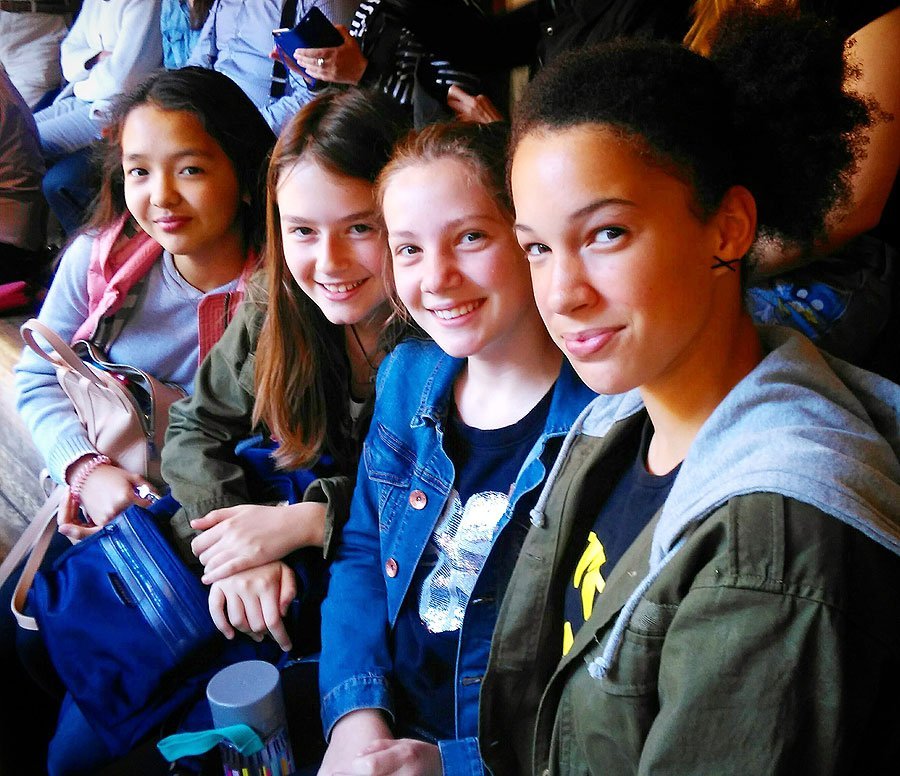 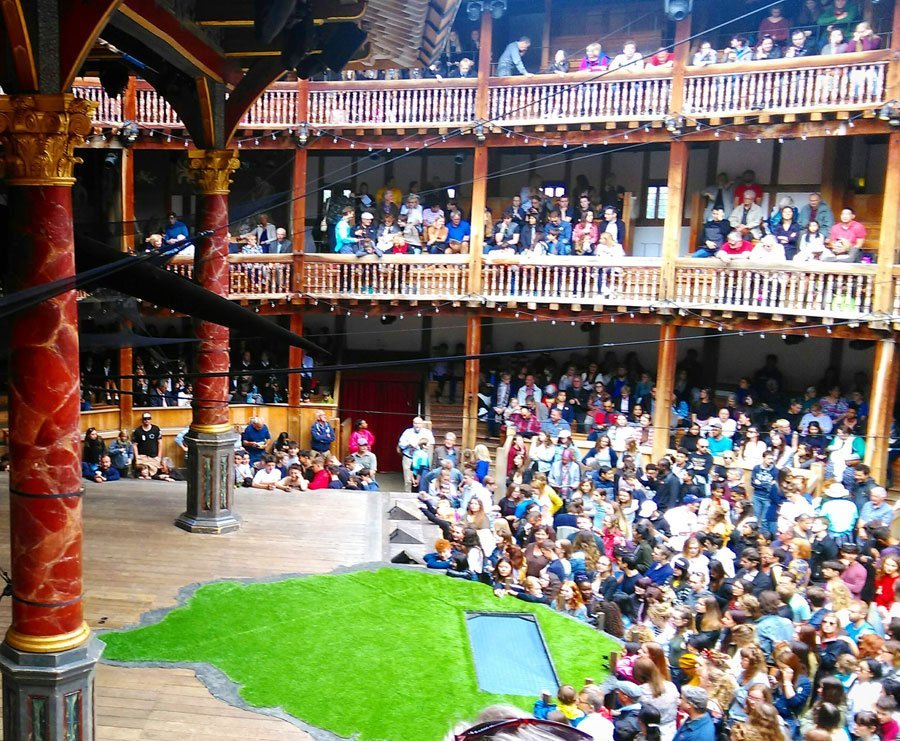 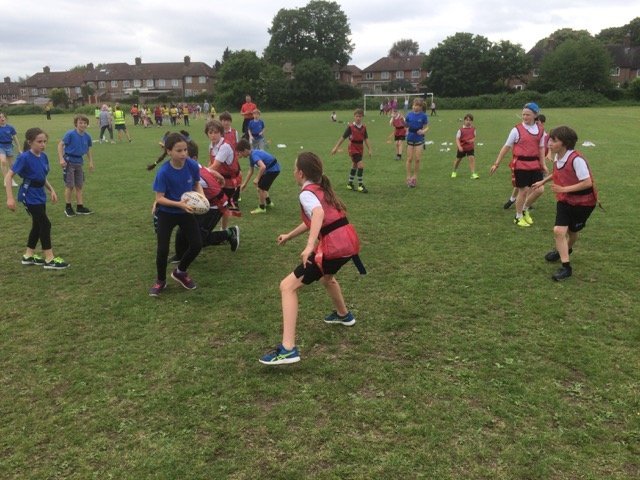 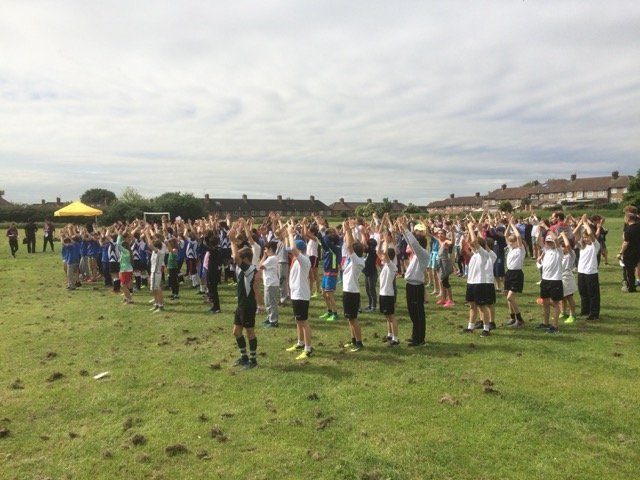 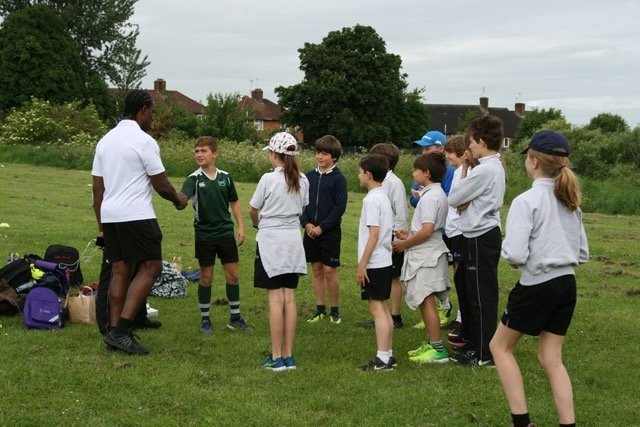 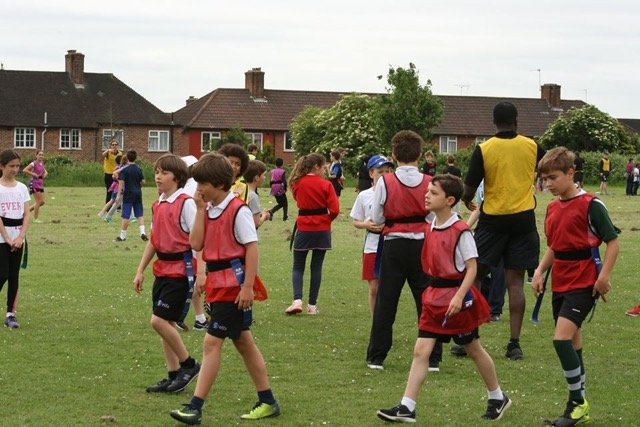 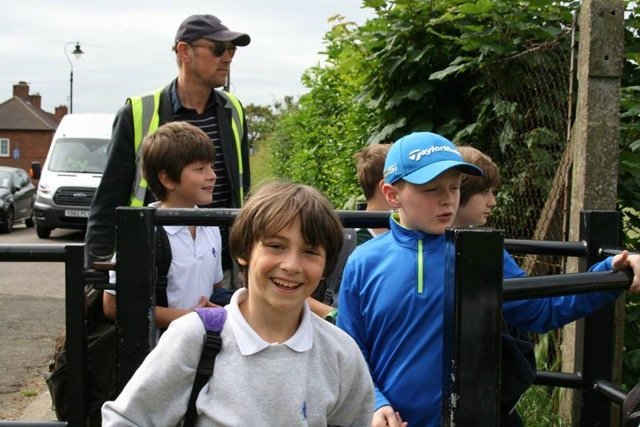 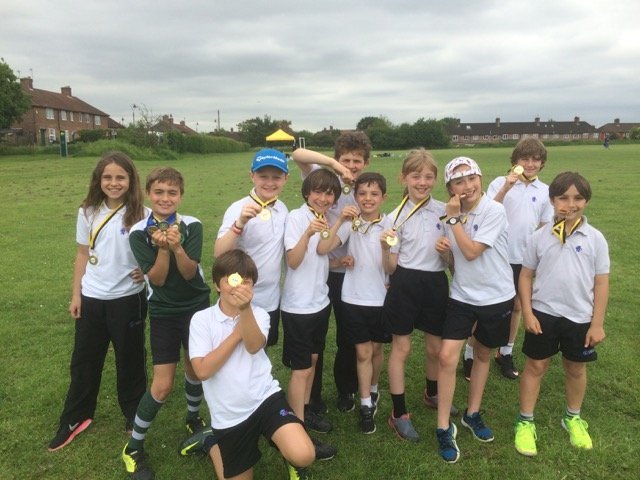 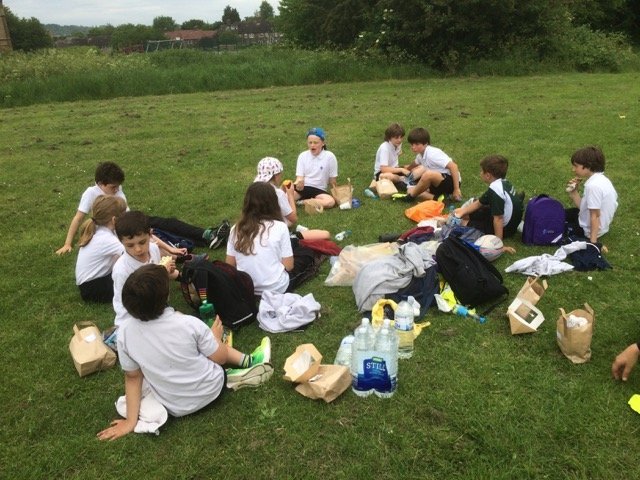 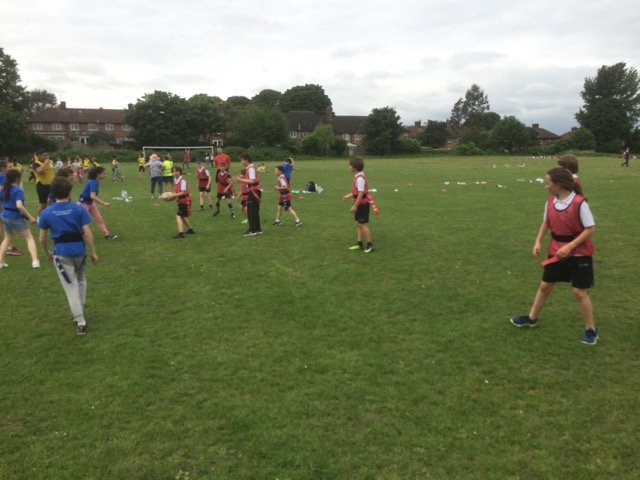 « Le loup qui voulait visiter Londres », the animation created by the Year 2 and Year2/3 has won the best animation at the festival « Cinécourts en herbe » in Brussels.

Students are looking forward to present their movie to the parents on Wednesday May 24th (3pm) at Portland Place in the Assembly Hall.

We are proud to inform you that the movie « Le loup qui voulait visiter Londres», created by the Year2 and Year2/3, has been nominated for the « Best animation » at the festival Cinécourts en herbe in Stockholm !

We will keep you informed of the results.

23 March 2017: Raising Bilingual Children: Are we getting it right?

All families are welcome.
Our “Raising Bilingual Children: Are we getting it right?” talk is relevant to the parents and family members of ANY bilingual child.

The discussion will cover 3 main aspects of raising bilingual children:
The brain – At school – At home.

It will provide plenty of practical advice for creating a positive bilingual environment and how you can best encourage your child’s bilingual and bi-cultural development. Our main speaker, Andy Hill, will share his first hand experience and facts from the latest research on bilingualism. And there will be plenty of time to ask questions.

About the speaker
Andy Hill, Headteacher at EIFA International Bilingual Senior School
Andy Hill has lived and worked in six countries across the USA, Europe and Middle East. He has held leadership positions in international and bilingual schools, working closely with bilingual and multilingual families for the last 35 years. Andy is fascinated by bilingual education and in particular how the latest research on the brain and bilingualism can be used to influence school practice.

A Press week is being held from Monday 20th to Wednesday 22nd March and EIFA is taking part by staging different events.
Click here to have a look at our programme of activities.

Parents are invited to a lecture called “Where does information come from?” in English and in French on Wednesday 22 March 2017 at 10 Duchess Street from 6:00 pm to 7:30 pm.

Come and join us.
To register please email Gaël Panhelleux at [email protected]

We are pleased to announce the creation of our new OFFICIAL Facebook page. The new page replaces the former one, so please visit our page at EIFA International Bilingual School.

Our OFFICIAL Facebook page was created to support our sense of community, giving you the chance to interact with likes and comments. It will be used to provide families with information about events, dates of our open mornings, parent conferences, activities, achievements of our students and many of the interesting and exciting works our students accomplish during the school year.

As always, thank you for being an active member of our community. We look forward to your positive contribution and feedback.

We are delighted to inform you that our school has become a member of “ECIS” the European Collaborative for International Schools (www.ecis.org).

This organisation (formerly known as the European Council of International Schools) was founded in 1965 and is one of very few organisations with the aim of promoting International Education in a non governmental context.

ECIS provides professional development, courses, qualifications and conferences promoting International Education and will be invaluable as point of reference in the EIFA journey of continued excellence.

The French Muscular Dystrophy Association (AFM-Téléthon) is a charity fighting against neuromuscular disease; a rare, genetic, progressively disabling illness. With its mission to cure, care, and communicate the AFM Téléthon aims to do everything it can to conquer this dreadful disease.

The AFM-Telethon started in 1987 and is based on the American Telethon model run by Jerry Lewis. AFM-Telethon has annually, during the first week of December, hosted a major fundraising event collecting around 90 million Euros.

The Telethon event itself coordinates hundreds of initiatives in France and around the world.

At EIFA, and in support of the values of solidarity and tolerance, we are proud to be taking part in this global event. That is why, for the second consecutive year, we have decided to organise a fun, sporty and warm welcome event. It will take place at 10 Duchess Street on Friday 2nd and Saturday 3rd December.

We have created an online page for parents who would like to make a donation.
https://soutenir.afm-telethon.fr/generation-eifa

Last year we raised around £1,300. Let’s break our record this year!

On 13 October 2016, we celebrated the grand opening of our Senior School at Duchess House. A fabulous event where dignitaries, founders, Board members, staff, members of the Parent Association, local partners, the media and neighbours, to name a few, came together to mark this joyous occasion. Mme Lorene Lemor, Deputy Cultural Attachée at the French Embassy, Mr Olivier Cadic, Senator representing French nationals abroad, Mr Bassam Shlewet acting president of EIFA’s Board of Directors and the two founders, Mme Isabelle Faulkner and Mme Sabine Dehon cut the ceremonial ribbon.

We had our traditional Halloween celebration on Friday, 21 October just before we broke for Half term We had costumes galore from all: staff, students and parents. A big thank you again to Mme Lexy Delorme and her fantastic team of parents and volunteers who truly outdid themselves again this year by decorating not just one building but two. They organised games throughout the day for both our Junior and Senior Schools. Our little ones at Little EIFA were not forgotten and participated in the festivities. Our Rising 2s were delighted with all the fun activities and colourful costumes. Another great Halloween celebration!

Year 8 students had a wonderful visit yesterday from the South African author Beverley Naidoo. The students have read her novel “Journey to Jo’burg” and had the opportunity to ask her questions about her work and hear her thoughts on the characters in the novel.

Around 200 children and staff at Ecole Internationale Franco-Anglaise (EIFA) took the challenge to learn a dance in order to perform a flashmob in Crescent Park in London. This event was choreographed and organised by Mr Duong Van. It was presented to the parents at Langham Hotel during the Gala on 10th June 2016.

On 23 June, we had a wonderful private recital from our Early Years and Junior school students. Parents were invited to listen and applaud their children playing the violin, the cello, the piano, classical guitar and voice. Congratulations to all of our talented students!

It’s International Week at EIFA and we had a great start with a Moldovian dance, songs and violin playing. Then we all sang the Britsh and French National Anthems. After, we had a fabulous dance performance by our parents from Azerbaijan. Thank you to the official organisers / volunteer parents. More to come. Watch this space.

On 17 May 2016 children at L’École Internationale Franco-Anglaise laced up their trainers and ran to end child hunger.

Each class, from nursery to year 6, have practiced their endurance during the term and they have shown courage and determination. Congratulations to everyone!

This event was a great success thanks to the strong mobilisation of students, but also thanks to all the people who were involved in this project, teachers and parents.

We were delighted to have had Senator Olivier Cadic, Cllrs Karen Scarborough, Iain Bott and Mr Harvey Soning cutting the ceremonial ribbon at our new Senior School on 29 April.

Everyone was impressed with the new facilities and can’t wait to start the Summer term in our new building.

Workshop with Patricia Loison from France Télévisions about Brexit: reports, press articles analysis and debate. Workshop with Sonia Delesalle-Stolper from Libération on ‘how to write a dispach’

On 18 and 21 March, EIFA students participated in the Press Week, organised by Mrs Catherine Faure and Mrs Chrissie Olivi, our History-Geography and French teachers. This year’s theme was: “Freedom of speech, can it be learnt?!”
Many events took place during these two days. Among them was the visit of the BBC studios, which thrilled the Year 5 and the Senior School students. The journalists Patricia Loison and Loïc de la Mornais from France Télévisions, as well as Sonia Delesalle-Stolper from the newspaper Libération, hosted an exciting conference on Friday night about freedom of speech for our parents, teachers and students.

Students from Y2 to Y5 also had the opportunity to meet Gwenaëlle Boulet, chief editor of the magazine Astrapi. They learned about journalists’ roles trough various workshops as Editorial’s favourites or the News. Y6 students were not left behind as Sonia Delesalle-Stolper showed them Le P’tit Libé. Finally, the Senior School students had a debate on Brexit with Patricia Loison and learned how to write a press dispatch with Sonia Delesalle-Stolper.

We would like to thank the journalists who helped making these two days, unforgettable moments for our students.

26 February 2016: The elected deputy of the French abroad

Quality at the heart of everything we do

EIFA is an approved centre to offer iGCSEs with Cambridge International Examinations (CIE), as well as Edexcel International GCSEs qualifications from Pearson, which are studied in over 55 countries worldwide and at over 350 independent schools in the UK.